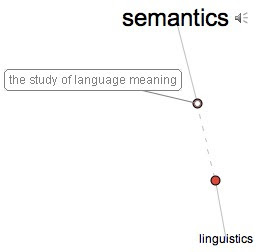 Really is as simple as that. Picture via Torkveen, usual rules apply.

That meme thing has prompted me to write something proper. That’s right, with real grammar and punctuation. Maybe even with some proper spelling. WARNING: There’ll definitely be some ranting.

Like almost every person in an agency environment (whether it be PR, Digital, Advertising or Meeja), I’ve been asked a lot of questions about recession and the nature of it – and for any useful case studies (all of which is vaguely useless, as every recession will be markedly different from the last one – it’s like asking someone to compare each grain of sand on a beach).

Ogilvy have had a stab at it, and I applaud them for their efforts. It saves me a job, at any rate, which is always welcome. However, when your clients may well go bust tomorrow, they don’t really worry about that – more about whether the EU will follow America’s lead. It puts status meetings and fucking stupid brand onions into context.

Of course, a lot of people view this recession as the door being opened for those who are entrepreneurial and future facing. And in both PR and Advertising, a strange beast has arisen. One that claims to be digital, ad focused and interested in ‘talkability’ and ‘advocacy’, those two buzzwords which have been comfortably powering the internet and comms in general since before Altavista stopped being the dominant browser.

I’m talking, of course, about the Social Media Agency. It’s a bit of a hydra in the world of communications. While I’m a fully paid up believer in the power of social media, and of an overall communications agency, I have a bit of an issue with the term and the agencies I’ve seen.

First of all – surely every successful piece of communications should aim at advocacy, and achieve it, either subliminally (low involvement processing, anyone?) or actively through talking and recommending it to people.

So with this in mind, let’s pick apart what a social media offers other than this. From what I can see (and I’ve been contacted by one or two through this blog), it amounts to emailing bloggers to ask them whether they’d consider writing about the next big ad/product/event that’s going on.

Again – isn’t that the job of the shoddy PR agency that hasn’t done its homework? What some try to sell as ‘Digital PR’? Or some gimp in an Ad agency who doesn’t know what he’s doing?

Ok, so that doesn’t wash. Let’s have another think. Oh yes, mastery of the latest social media techniques and software. Err, right. I work for what some outside observers would call a ‘traditional’ ad agency, yet I know what’s going on in new launches….the failure of Pownce, the usefulness of Remember The Milk or how Last.FM‘s new menu doesn’t seem as user friendly as the last one. And as for the software point – WTF? The whole POINT of social media is that it’s easy to use, and EVERYONE can use it….

Right. Maybe some love can be found in measurement. Last time I checked, no-one (even you, NPS, much as you’re not too bad) had found a golden metric which goes all the way through, nor judges which part of the mix was the most useful. Social media metrics are notoriously ropey as well – so a lot of people signed up online. And? Did sales increase? That last question buggers most.

So really, on the face of it – most of this is either already done by the PR, Advertising, Media or Digital agency…who each have specialisms of their own.

Come on then Social Media Agencies; either call yourself communications agencies or do something which can’t be done. I don’t see evidence of the latter at the moment. I wonder, with the recession, whether they’ll prosper – as clients need to compartmentalise spend, will it make more sense to give them little bits of budget to ring fence as their own, or will they all get truly fucked by the other agencies? Something’s got to give.

My true rage is at the term, in all honesty. There are good agencies who call themselves ‘Social Media’, and do get digital comms and advertising. But to claim yourself as masters of the conversation is the height of arrogance. That’s like me blindly assuming my consumer on a well known American car brand is a Texan cowboy and nothing else, who’ll buy out of habit. Misguided and foolish, really.

I think JC makes a good point on this topic. The Digital and Analogue argument must definitely die. As he puts it: “the big winners will be those who can mix the proven strengths of the old with the innovation of the new. The ability to deliver that double-whammy will be the only thing worth measuring.” Damn straight. And the ‘new’ Social Media agencies haven’t done this. Yet.

3 thoughts on “Semantics, Recession and Merging..”