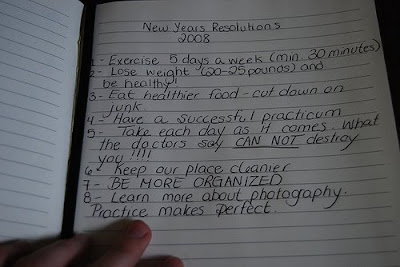 Not mine. Though I like 1 and the last statement. Via Gillian. Usual rules apply.

I’ve been tagged again in one of those meme things. (Have actually been tagged in 3 odd, but sod it, this’ll answer them all, hopefully) by Nick.

So then, shall I answer this personally, or about work? Ah, I’ll do both. Starting with worky stuff…

1) Write an APG Paper. If I was entirely honest with myself, i’m not as left brained as i’d like to be. So, being commended by Marketing Week for an effectiveness paper I cowrote for one of my clients was very pleasing. So, I need to get one out for the APG, and I have an idea of what it might be, if the project moves quickly enough…

2) Get back into the habit of writing strategic ‘sentences’. One of the things I used to do at United, which I’ve not really done at Lowe, was to pick a random brand, have a think about what their business or category problem was, write their brand position, their promise, and the brand idea arising for that. NOT a proposition, it could serve as an endline, or just a tone of voice for the brand to think about. It was all Richard’s doing, and I really liked it. I had moleskines full of these, and they were always good for getting the juices going.

3) Do one cultural thing a week. Whether it’s the Saatchi Gallery across the way, or the Tate, I need to keep expanding my mind. I’m not much of a scrapbook person, but getting as many different experiences as possible is always a good thing. Likewise, I went to the Nutcracker recently and loved it – I should try to see more ballet this year.

4) Continue to think beyond advertising. It’s oh so easy to think, working for an ad agency which has such a good reputation in creating big, largely TV led campaigns, that that’s what we should be doing. Unquestionably good for a lighthouse effect, it’s not always the right idea, no matter what overzealous clients/media agencies/agency teams think. We’ve bought a stake in a new digital agency, have some interest in PR, and I think the future’s bright. No excuse, really. 🙂

5) Continue to develop AdGrads. We’ve built a great community, have been chuffed to have the support of BrandRepublic and others, and to have met some really cool folks along the way. We’d relish the opportunity to speak at a few Universities, to link up with some programmes abroad (such as VCU et al) and to continue to be as useful as possible. We’re in this because we think advertising (and comms in general) needs to improve its recruitment policy; especially if it wants to remain competitive in the long run.

6) Not become a comms wanker. Sometimes this one is harder than it seems – but damned if i’m going to suggest media ideas which are just London focused, use bullshit bingo terms, pretend the south east is the centre of the world (or the UK ad scene, for that matter) or swallow new trends hook line and sinker. I may sound like a Surrey schoolboy, but not talking (too much) bollocks is part of my Midlander USP. 😉

Now for some ‘others’:

1) Write more. And by that, I don’t mean blogging. I mean begin to write fiction again. I’ve got a lovely new place, and when I’ve bought a good writing desk (suggestions, anyone?), I should really write more. Being by the Thames will help, I think. I find water very inspiring (as opposed to the grimy nature of Old St), and I have no excuses now.

2) Get back into the habit of gyming. I play 5-a-side football once a week, but it’s not enough. I don’t particularly want to look like Daniel Craig, just less like an elastic band.

3) Start playing golf again. It’s expensive, it’s time consuming, it drives me insane and makes me angry, but I love it. I hear there’s a course in Dulwich, and a range in Croydon. Will be sampling both soon enough…

4) Attempt to play an instrument (guitar probably). Not Guitar Hero, but I’d love to learn to play something. And not annoy my flatmates. No idea if I have any talent, but i’ve always been told I have the fingers of a pianist, so I should learn something, just to see if they help…

5) Save more cash. Setting myself up in my new flat/going to Oz (post forthcoming on that bad boy) hasn’t helped, but putting some money away for a house/flat is probably a good idea. That, or winning the lottery…

Phew. I tag Seb, Nina, Lauren, Angus and Sammy I.

← A little rugby viral action for you all..
Semantics, Recession and Merging.. →