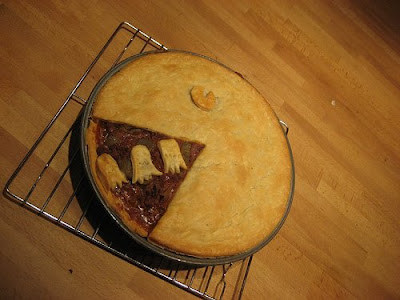 This is rapidly turning into a festive flurry (see what I did there) of posts.

Anyway. This is a semi serious post on the topic of transmedia (or brand story telling mixed in with a little bit of anarchy) and what it can do with three bored twitterers (whose blogs are here) and a brand property.

As you probably know, Paul was behind Don Draper on twitter. It was genius, because of the characterisation, and because he got a whole host of other ‘characters’ to follow him (who have yet to reveal themselves). There were an awful lot of intertwining dialogues between the characters, and it was great fun. Exactly what brands should be doing on twitter, if they choose to – yes, I do think they belong, but with a few caveats.

Namely, that it doesn’t come across as too ‘brandy’. I don’t just want to hear about promotions (unless you are lastminute.com or Dell), or the absolute minutae about an uninteresting job. Be compelling, or be fictional.

And it is with that sentiment in mind that I happened along the last tweet from our Don. This happened to correspond with Zero’s desire to start a twitter bar fight. A notable intention, i’m sure you’ll agree.

So, putting two and two together, we got Mr Draper involved (check mine, Zeros and Nick’s tweets from late last night). Sorry Betty, Don’s not coming home for supper. He IS supper.

As damned funny as it was (and check the blips out, they made me smile), I think it’s an interesting lesson for brands. Put your characters out in the public domain, but be prepared for loyal fans getting really involved, knowing more than you – and just sometimes, making a chicken and mushroom pie, with a 1952 piece of meat.

← Semantics, Recession and Merging..
I’m proud of this.. →

One thought on “Shortcrust Pastry Is Best…”