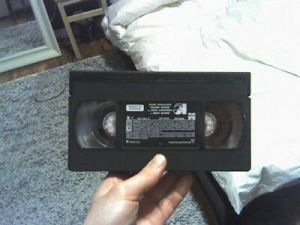 It’s a funny thing, the t’terweb. Leave it alone for a little while, and it suddenly sneaks up on you and updates thousands and thousands of RSS feeds. Cheeky.

Anyway, I’ve been alerted to two highly amusing videos. One of which is intentionally hilarious. The other that isn’t (and is curiously like a Eurovision entrance).

See if you can figure out which is which. The first is just off a linky. Click and see. T’other is just below:

So so funny, eh? In case you hadn’t figured out which I thought was just a little bit sad (though comedic), it was the agency themed one. Why oh why do agencies do this sort of thing, eh? There’s so much interesting stuff they could show and share with the general public barring their output, but they choose not to.

Christ knows you could use a good agency video to sell the agency rather than some tired PowerPoint preso. It’s just a shame some people believe this has to involve *shudders* singing.

(Before you ask – no, I’m not singing a song in honour of our Frank).

← Best bit of meeja this year + Brand Promises..
Bullshit Bingo and the web.. →