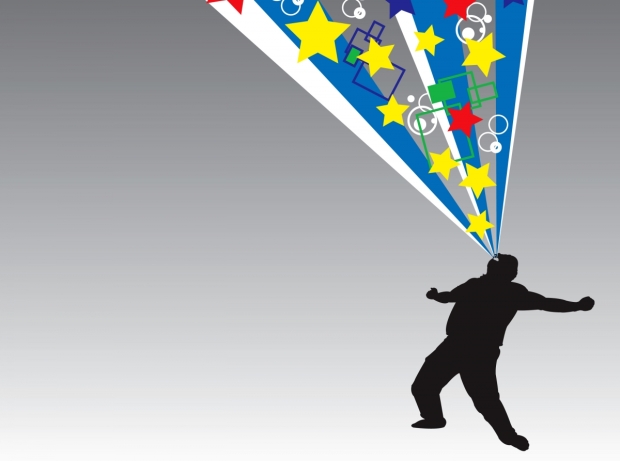 How social mobility could work in Advertising (?) Via.

As ever, I seem to perennially write this blog when I have something to rant or muse about, and this post is no different. It concerns social mobility and the Creative Industries, prompted by this article. In a nutshell, we have more graduates than ever before, but social mobility hasn’t improved. This sort of thing bothers me.

One of the reasons I am proud to have been involved with AdGrads (and, latterly, The Ad-Mission) is that it has helped (and hopefully, still helps) people get into the Advertising business. When I started in the business, there was remarkably little out there that provided any kind of resource; people sort of ‘happened’ into the business (like me, had a parent who worked in the business who told them about it), or did a vocational degree, or were the result of some vestige of nepotism.

Frankly, my hope with the blog/s were that there would be more well-informed people getting into the business from all over the country as a result of reading them. Happily, I think that the sort of graduates I work with or meet are far better informed than when I first got into the business, and I hope the blog/s have provided some small measure of help. It’s remarkable, really, given that it’s both very difficult to get work experience, and is very costly to have to come to London (or any major city that you don’t know) and live out of a suitcase for a few weeks on an intern’s wage.

Ostensibly, when it comes to showcasing your thinking or learning more about the business outside of work experience, the Advertising industry is in a far healthier state that it was seven odd years ago.  Organisations like the IPA, Future Rising and GapJumpers have done sterling work in helping graduates solve real problems, whilst gleaning meaningful experience, which is great. At its best, Advertising is a meritocracy, where those who are good at it CAN begin in the post room and work their way up. For me, it’s this entrepreneurial streak which makes it such an attractive career.

However, I worry that this is under threat. I’ve now been in the business for over seven years, and worked in a variety of different agencies; from Advertising to CRM to PR. In each agency, starting salaries have remained fairly fixed, whilst London’s gotten ever more expensive. Bluntly, for those people not living in the South East, the route I was able to get in via is ever-dwindling for anyone wanting to work in the Creative Industries, and I want to do something about it.

I think more that can be done from within the business to help talented junior people get into Advertising/the Creative Industries – both from within the halls of the IPA, and amongst agencies themselves. Below, I’ve outlined three steps that I think will help Advertising recruit from as wide a talent pool as possible, based upon the conversations I’ve had with graduates over the years. I’d welcome discussions about all three:

1) Tackle the housing situation: For those of us who don’t live in the South East, or can’t easily crash on someone’s sofa, by far and away the biggest challenge is finding someone to stay for two weeks or even two months. It’s even more tricky when internships pay very little, and the cost of living has skyrocketed. My proposal for this is a simple one – use 5% of an agency’s IPA fee to hire out University Halls of Residence throughout the University holidays, whether that’s the Summer or the Easter break. This can be done in cities up and down the country, should the regional branches of the IPA (and non London IPA members) want to broaden their talent pool. Additionally, I’d encourage a certain percentage of the takings from NABS / IPA events be spent on this; it can ensure agencies always have a ‘go to’ pool of people to call upon should they win a piece of business and need to staff up (even for those who are non graduates – I’ll come to that shortly).

2) Educate careers advisors: When I was at University, I was told (as an English graduate) to go into teaching. When I professed an interest in Advertising, I was given a tremendously vague overview as to what it was. Now, I know, as Universities commercialise (in order to underline their value for money), this will improve – but there are too many graduates who still come to me with a hugely vague understanding of Advertising, a view that’s been peddled by their careers advisor/s; it’s clear that there’s still a job to be done. To help overturn this, agencies/the IPA could usefully produce a physical document and a PDF to send to every careers advisor on their books. This would have to be updated every few years, but would be invaluable in ensuring there’s no weak link in the chain when looking for talented juniors – and would provide something of a starter pack about what to do in terms of the theory, and in terms of practical advice of how to survive in London on a graduate/intern’s wage. Heck, entrepreneurial agencies should do this right now and steal a march on the competition. I still remember TBWA’s approach to careers sites when I finished University, and had a soft spot for them for years afterwards.

3) Wean agencies off the need for a degree: I remember being told by a former Planning boss that people could be ‘too clever for Advertising’. They’d over think the problem at hand, believing it needed to be theorised to within an inch of its life. Well, I think the same is true for the attachment agencies have to the graduate milk-round. Some of the best people I’ve worked with don’t have degrees. The IPA have done good work in embracing the Apprenticeships scheme, but more can, and should, be done. There’s still the same list of Russell Group Universities that agencies cling to, and it is by no means the best way of finding the best candidates. The IPA’s ‘Diagonal Thinking’ tool is useful for identifying those people who seem like they’d fit within an agency – but what’s to stop the creation of a bursary and running a competition for final year school (or Sixth Form) leavers to tackle a specific business problem? Even better, do this outside of the typical September – December period of recruitment. I guarantee, you’ll get a broader and better mix of candidates as a result.

Beyond those suggestions, it’s not all doom and gloom. I don’t believe that the industry is badly positioned. The Creative Industries are championed, and the Government wants to raise the profile of its National Careers Service, and Apprenticeships/Traineeships programmes. What’s to stop these steps (or versions of them) forming part of a white paper response to Government on behalf of the Creative Industries?

One thing is for certain – if left unchecked, the growing cost of living issue will leave the creative industries staffed by South Easterners, who, lovely as they are (and I’ve worked and do work with a fair number) are not, alone, what’s required if the Creative Industries want to appeal to the broadest cross-section of the population as possible.

← ‘How Brands are Built in a Digital Age’: My submission…
Frothy Thinking… →

4 thoughts on “On Advertising & Social Mobility…”