There’s not one way to play… 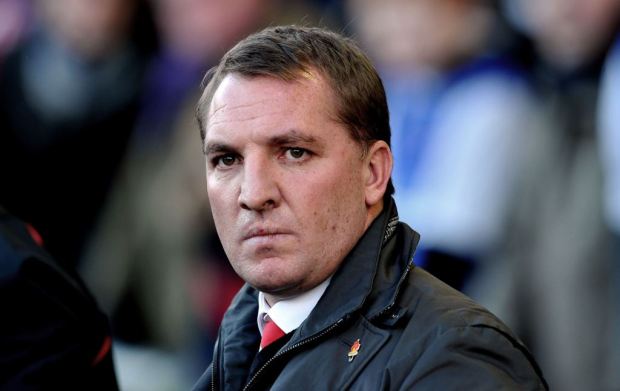 Brendan Rodgers, current Liverpool manager – and one of the chief exponents of this kind of thing.

There’s a creeping malady that seems to be infecting apparently sane people. In fact, it’s less of an illness, and more like an exhibition of cultish behaviour.

The behaviour chiefly concerns itself with an apparent blindness, an inability to view the world beyond the sum of your experiences. It’s lazy, heuristic (a mental shortcut) based approach.

What really worries me is that it’s affecting two of the things I spend a lot of my time talking about – football and advertising.

I can accept that the ‘popular view’ means that people are likely to believe that there’s certain ‘right’ ways of doing things, based upon what’s successful, or what the popular consensus says at the moment. I can accept it. That doesn’t mean I agree with it. I believe that ‘groupthink’ is bloody dangerous.

It’s perhaps most marked in football at the moment, this belief in the ‘right way’. For those who aren’t quite as much of a football anorak as me, the ‘right way’ consists of playing short passing, high pressing football as practiced by Barcelona from 2007 (ish) to present day or the Arsenal team from 2000 to about 2006. There’s no doubt both have been remarkably successful with this approach, and recent successful exponents of the style with markedly inferior players (I’m thinking of Swansea City here) have made a strong case for teams to play this way.

Brendan Rodgers is almost the manifestation of this approach. Having had a very successful season with Swansea (a team many tipped to go down), he’s now Liverpool manager, where he’s bought players who will fit his methods. And, when it works, how Liverpool play is terrific – all short passing and fluid play.

However, a cursory glance at the comments pages of most national newspapers suggests that this has become the de facto ‘right way to play’. Teams who set up defend against this approach have ‘parked the bus’. To not use your team in this way is a slight against the ‘right way’; it’s ‘boring’, and ultimately against how football ‘should be played’. I think this is dangerous. (NB: As a huge disclaimer, I am a Stoke City fan*, a side who play a decidedly agricultural/clogging style of football, so I’m predisposed to defend my team/try to see the other side of the debate).

Why is it dangerous? Well, think about it. If you’re predisposed to believe there IS a ‘right way to play’, it follows that you’re unlikely to believe there’s any other way to conduct yourself/be, regardless of the situation. Of course, in certain situations, the ‘Barcelona’ style is exactly right…

But…what if the context changes, and you play a team who are set up to combat ‘the right way’, like Barcelona found out last week? You come unstuck. That ‘right way’ doesn’t always get results. You don’t always have the means to play a particular way. You play to your strengths.

Without wishing to turn this too much into a plannerly post, I think this particular need for a ‘right way’ issue affects planners. It causes rash generalisations about the ‘right way’ to create communications, which is a bit like saying there’s a best way to nail jelly to the wall.

I know this method of ‘right way’ thinking harks back to the law of the instrument (where ‘when all you have is a hammer, every problem seems like a nail’ comes from), but I think that it’s getting worse; social media and ever quickening popular discourse have multiplied this behaviour.

Think about it – you have an opinion. You go online, and may use social media to air it. If you do this, it quickly means you’re  surrounded with people who share like-minded views. Inadvertently, you’ve created a filter bubble. I like social media, but I think it’s often bloody dangerous when it comes to thinking and keeping an open mind. You may not even realise how closed minded your social choices make you and your thinking. Having a counter opinion, or being exposed to one – should not be a bad thing. It should make you more considerate and aware, able to respond to differing circumstances.

How can you claim there’s a ‘best way’ when the ‘best way’ is always context dependent? Yes, there are truisms, and commonly held  approaches..but they are reference points; they aren’t the only way. This is why I’m fearful about the schism between ‘google planning’ (using the web’s plethora of stats to prove what you think) and the conventional brand planning approach (spending a  time gathering relevant qualitative and quantitative information before finally concluding upon a ‘right way’).

You have to have principles, and hypotheses about what might work. But, your situation will undoubtedly be subtly different from the case studies you read, or the planners/people you admire. Not every problem needs a ‘JWT Planning’ approach, or a ‘BBH’ – or even a ‘What would Bernbach do?’. To go back to my football analogy, it’s not always right to pass the ball in front of your defence – but nor is it always right to lump long balls forward in the hope you’ll score a goal.

After all, ‘no strategy survives first contact with the enemy‘. That doesn’t mean you shouldn’t  have principles, plan, and be considered…but you should be seeking to question yourself and your principles when you devise a strategy. Perhaps your approach, one that’s worked 99 times out of 100, won’t work this time – just like Barcelona found out last week.

*It remains to be seen if changing Stoke’s style next season will relegate us. I just hope we weigh up what’s worked for us so far, and what hasn’t. Personally, I’m hoping for a Staffordshire Bayern Munich Mk2.

← When a Planning book isn’t a planning book…
‘How Brands are Built in a Digital Age’: My submission… →