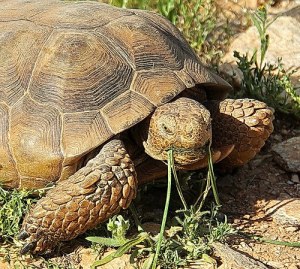 Yes. This IS too slow. Picture via Al_HikesAZ.

Hello there. I’ve been a wee bit quiet over the last month and a bit. Sorry about that. Have had some fairly major things to sort out. Moving into a new flat, and oh, getting a new job.

One which makes the title of this blog (already a bit of a lie) seem like a complete nonsense. I’m just about to begin working in PR as a planner, for these guys. I’m not changing my blog’s title though. I’ll always be WAM. As much for the 1950’s style ad man dress as anything else.

And I wanted to write a little bit about why i’m excited to be starting my new gig, and why I think it’s interesting from a planning point of view.

First and foremost, it is going to be interesting, seeing the difference between advertising and PR. When I began my career, I was told the best planners were still in ATL agencies, and (based on who i’ve met since I was told that, think it’s right) that PR shops ‘didn’t understand brands’. That last part was spurious nonsense. The arrogant assumption that a discipline can have an absolute handle on a brand is just madness. If a brand is something that people associate with their own experiences and the experiences of other people, then I can’t see how one place can have a monopoly on the thinking. To think anything else is to be unhealthily obsessed with triangles made in PowerPoint.

What really prompted thinking about PR as a discipline was something simple, really. I was thinking about speed. Even the most successful piece of advertising, that nods to/creates culture (at its best) takes a awfully long time to come to market.

Now, I don’t necessarily believe that ‘Fast Strategy’ is the answer. Quality thinking can happen quickly, but the best solutions can’t be rushed. But nor do I believe the ‘one true insight’ thought – that a clever bit of thinking will remain true forever, or that advertising’s ability to capture the zeitgeist (or create it) will be able to be bottled for three/six months whilst the campaign is delivered.

In fact, I think it’s damned dangerous to think in campaigns. Look at the recent Eurostar furore. All the branding in the world, no matter how APG award winning, won’t stop the brand taking a knock in a lot of people’s eyes. And while I think ‘social media’ is a nonsensical term, and that the need for specialist agencies to do it is bloody lazy, I do think crisis management within the clientside and agency side is very important.

But what’s perhaps overlooked is the month or three after this. Could a creative solution play on this? I’m not talking about pile it high and sell it cheap ‘community management’, which social media agencies claim to do – I’m talking about a genuinely thoughtful piece of lateral thinking which acknowledges the crowd, and what’s happened in the news. For example, with RATM getting Christmas number 1 – if their record company was wise, it’d produce something a little bit more meaningful than cheaper prices on all of their albums.

Various agencies where I worked would unfairly deride this as ‘tactical’ or ‘promotional’ advertising. But it’s not, not really. It arguably builds the brand more than those strategies which are incubated for ages and take a long time to come to market. It’s only throw away when it’s not built upon, and is a one-off thing. But what’s to stop a lot of ‘tactical’ activity being chained together and built upon? I still get drawn to the model of keeping 10% of the marketing budget back to be spent to capitalise on things like this.

It all obviously has some bearing on where research money gets spent both inside and outside of agencies. I’m really not interested in old quant data which purports to tell the future and doesn’t seem to be quota-ed properly collected (TGI, i’m looking at you), and would love to try and dissuade clients from spending money on quant like this – which seem to be numbers for the sake of something to cling on to. Map qual/attitudinal data with sales. Don’t use a damned crutch. That’ll be a big job in my new role, I can already tell. Heh.

Regardless of how the shake down goes in the upcoming years, i’m looking forward to the new challenge and the new discipline. I’m not going to get drawn into a ‘PR vs Advertising’ debate. Both have their merits. I’ll forever be grateful to the people i’ve worked for in adland – they’ve taught me a lot. I hope PR can do the same.