Stop what you are doing… 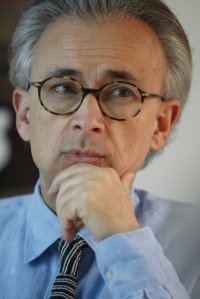 Those of you who read my twitter or blip stream (thanks to Iain for pointing the latter out, it’s great) will know I’ve been on my hollybobs for a little while.

But, in addition to brushing up on my Hemingway (Moveable Feast is a great read – should really have a butchers at some more of his work; not quite sure why I haven’t yet), I’ve done a classic plannerly thing.

Yes, that’s right, not being content with the typical holiday reading, I thought I might try my hand at some of the more planner-centric texts which are doing the rounds at the moment. The first was me finally reading Nassim Nicholas Taleb’s ‘Black Swan’. I can understand why so many planners and people within comms are so fascinated by it; for someone (who was a former head of deratives/a very talented mathematician/philosopher – a polymath in the true sense of the word) to come out and criticise how much we think we know, and how, in his terms, ‘Platonicity’, is a mistake.

Essentially, through a series of case studies, Taleb dismisses the idea that the world is so straightforward, so easily quantifiable as we’d like it to be, and this blinds us from ever considering extreme random acts (the Popper inspired ‘Black Swans’). It’s very interesting, and I liked the bits about fractals (images which appear solid, but when looked at closely, are actually entirely different) and his belief in Benoit Mandelbrot to show the way – have a look at this:

And as to how this relates to the planning day job (or indeed, how both of them do). Well, bluntly, both argue for more emotional appeals to people, as their emotions (and subsequent randomness) are commonplace. Far more than all the people in all the groups in all the brands you’ll ever work on. We should be producing work that stirs people into thinking with their heads and their hearts at the same time (because it’s what they do).

So yes, bloody useful (if complicated) fodder for the day job. If you’re in the least bit interested in what makes people tick (and can stand the self-righteousness of Taleb), read ’em both. Now…

← Pharrell and Tabula Rasa..
IPA Night of The Ad Eaters.. →